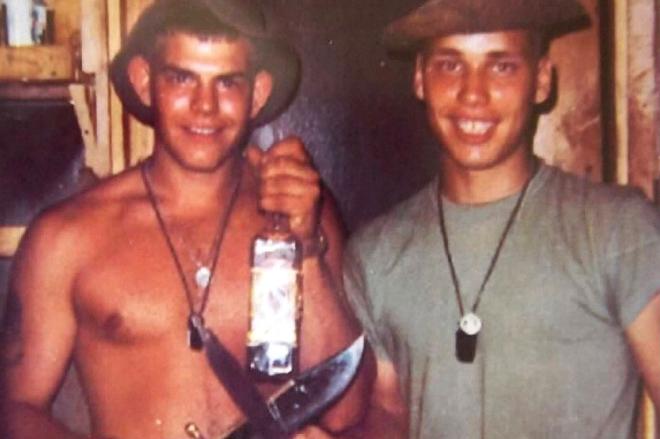 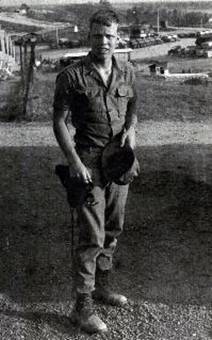 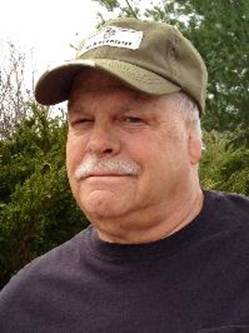 When the rocket arced up from the Vietnamese jungle and hit the U.S. helicopter, Merlin Raye Allen took the brunt of the blast. He was killed, but in the process saved his best friend and fellow Marine, Jeff Savelkoul.
Savelkoul suffered severe burns and broken bones in the inferno that engulfed the helicopter, melting weapons and killing most on board. The remains of Allen, a 20-year-old Bayfield man, were not recovered, but Savelkoul vowed one day he would bring his buddy home.
Last year a joint U.S. and Vietnamese recovery team excavated the helicopter crash site in Thua Thien-Hue province. Team members found remains that in February were positively identified as Allen's.
Now Savelkoul gets the chance to do right by his friend, who will forever be 20 years old.
"It's been my dream for 46 years, and now it's coming true. Now I get to go and bring him home. That's part of the Marine soul," said Savelkoul, 65.

Allen will be buried in June on York Island in the Apostle Islands, next to his parents' graves and a marker his family installed in his memory.
Allen is the 10th Wisconsin MIA to be recovered and identified in Vietnam and the first since 2007, according to Tom Mueller, an Oak Creek author who is writing a book about Wisconsin's combat veterans
with two chapters about the 37 Wisconsinites missing in action at the end of the Vietnam War.
A radio operator, Allen was part of an eight-man Marine reconnaissance team that carried ace of spades playing cards, which they left behind in the jungle for their enemies to find.

On the afternoon of June 30, 1967, the team was heading to a landing zone in a CH-46A helicopter when small-arms fire began hitting the aircraft as it attempted to land.
The pilot lifted up to get away from the gunfire at the same time a rocket blew a huge hole in the side of the helicopter, severing the fuel line and spraying fuel that quickly ignited.
Even though it was more than four decades ago, Savelkoul vividly remembers the details that changed his life.

"We were in the back of the helicopter. There was nowhere to go, we were engulfed," Savelkoul said in a phone interview from his home in the Twin Cities.
"The inside of the chopper was like an eight-foot culvert with a pile of burning tires in it, that thick, black, oily, smoke. . . . You couldn't see, you couldn't breathe."
With his clothes and backpack - containing a dozen grenades - on fire, Savelkoul remembers seeing streaks of light through the fuselage from enemy bullets. As the pilot tried to clear a ridge, the helicopter hit trees, shearing off the rotors and plunging the aircraft to the ground.
Savelkoul was blown out the gunner's open door, crashing through the trees, suffering fractures to his arm, shoulder, knees and skull. He had burns over 65% of his body.
Four men survived the crash. One of them died soon after from his burns in a military hospital in Japan, and another was killed in combat a few weeks later. Only Savelkoul and one other survivor, who lives in Texas, came home from Vietnam.

Meanwhile, the military told Allen's family he had died in a helicopter crash with no survivors, said Marilyn Neff, who is 11 months older than the brother everyone called "Merl." Then 16 years later,
Savelkoul knocked on the Allen family's door in Bayfield.
He told them what happened, he told them their son and brother was a hero, a great Marine and his best friend.

Savelkoul and Allen had bonded as Midwesterners and bunkmates in Vietnam. Allen arrived a few months before Savelkoul and took him under his wing. They built a desk from ammunition crates between their bunks.
The pair planned to become heavy equipment operators after their combat tours and return to Vietnam as civilians to make lots of money.
"We sat and talked all the time about the world and girls and cars and what we were going to do after 'Nam. We were just two young kids, the war hadn't hardened us. We joked and laughed and talked," Savelkoul said.

"As far as we were concerned we'd spend the rest of our time best friends, doing things together."
While the other members of his recon team were making ace of spades cards and asking the company clerk to make copies, Allen wrote to the Bicycle Playing Card Co., which sent him 52 decks of just aces of spades. He passed them out to his fellow Marines.
On one of three previous visits to the crash site by the U.S. Joint POW/MIA Accounting Command, investigators found one of those decks still wrapped in plastic. Savelkoul carries one of those cards in his wallet. They also found Savelkoul's rosary.
Another recovery team visited the site in May and June 2012 and recovered more remains and evidence before suspending the excavation because of time constraints and bad weather, said Capt. Jamie Dobson, from the Joint POW/MIA Command based in Hawaii.
Lab analysis and dental comparisons resulted in Allen's positive identification in February, when his five siblings were notified.

The Joint POW/MIA Command organizes 90 to 100 missions each year throughout the world to try to recover American service members listed as missing from World War II, the Korean and Vietnam wars, and the Cold War.
Each month the unit averages six to eight positive identifications through thorough lab analysis, Dobson said.
The number of missing and unaccounted-for U.S. military members in Vietnam now is more than 1,600, according to the National League of POW/MIA Families.
Many of those names ended up on POW/MIA bracelets, including Lance Cpl. Merlin Raye Allen's. Sometime in the 1980s, Paul Scott Klimek bought a bracelet with Allen's name at a swap meet at the Milwaukee Arena, choosing it because the MIA was from Wisconsin.
"I wore it religiously for years and years and years. Over time one thing leads to another and you stop wearing things for no real good reason. But when Memorial Day and July Fourth came around, I always wore it," said Klimek, who lives in Racine and still has Allen's bracelet.
Like many who wore POW/MIA bracelets, Klimek wondered what happened to Allen. When told Allen's remains recently had been identified and will soon return to Wisconsin, Klimek got emotional.
"I'm kind of tearing up. I've very happy for his family. Everybody needs closure," said Klimek, who is considering attending Allen's funeral in Bayfield in late June.
For Savelkoul, Allen's homecoming is bittersweet. After a lengthy recovery from his wounds, Savelkoul returned to Minnesota and married his high school sweetheart.

He drove to visit his fallen friend's family but got to the end of their driveway three times before turning around, unable to face them. On the fourth journey, he got out of his car, walked to the door and knocked.
He became close friends with the family and now hunts and fishes with Allen's brothers. The Allen family showed Savelkoul his buddy's trunk sent back from Vietnam after his death.
Inside Savelkoul found his own family's Christmas pictures from 1966 that he took with him to war, as well as his address book he hadn't seen since 1967. Their possessions, like their lives, were intertwined.
Before Allen's mother died, she called Savelkoul to her side and told him what a difference he had made in her life and in her son's life. She asked him to visit the mothers of the other men killed in the helicopter that day and tell them what happened. Savelkoul did.
And now Savelkoul will soon escort his friend home to rest in Wisconsin.
"I, for some reason, was chosen to survive. Now I carry on their memory," Savelkoul said.